Got an abundance of peppers from your garden? Whether you have hot chiles or sweet bells, here is how to freeze peppers to enjoy all winter long. 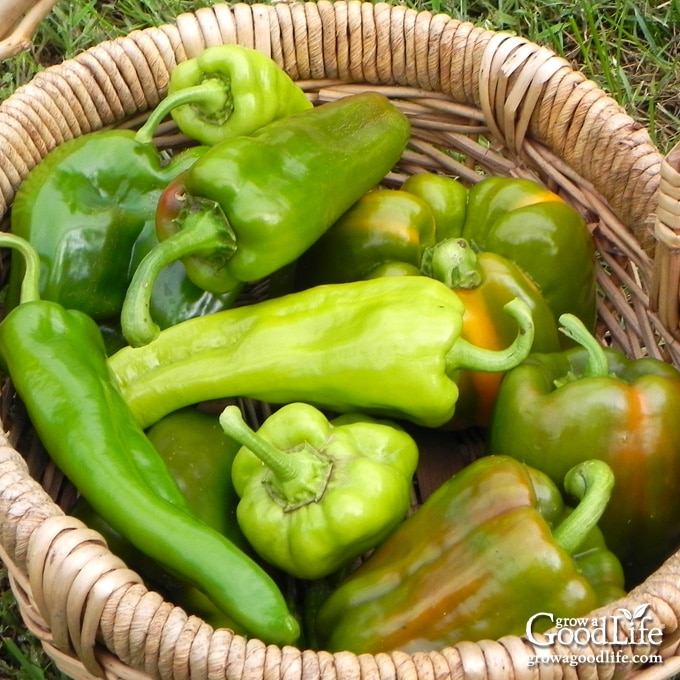 Since our growing season is short, I try to leave peppers on the plant as long as I can so they have a chance of ripening fully.

Then it happens… the dreaded end of the season frost prediction.

The threat of frost has me scrambling to the garden to gather all the peppers, and other frost tender crops from the plants. 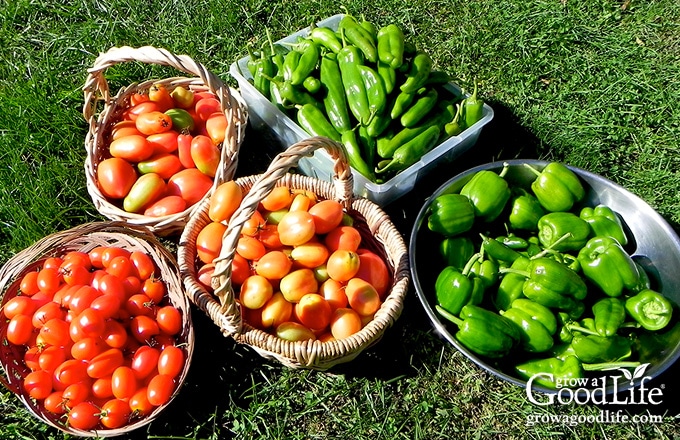 The easiest way to preserve peppers quickly is to freeze them. Peppers are one of the few vegetables that can be frozen without having to blanch them first.

Surprisingly, frozen peppers do not turn to mush when thawed either. They do lose some of their crispness, but maintain the flavor and color of fresh peppers.

Frozen peppers can be used to make salsa, fajitas, stir-fry, or any cooked recipe where you would normally use peppers. Frozen peppers are also easy to chop while partially defrosted too. Wear gloves when working with hot peppers. 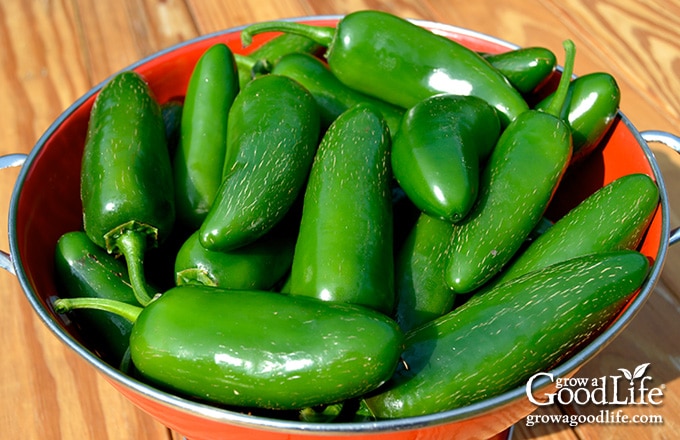 How to Freeze Sweet Peppers and Hot Chile Peppers

What you’ll need to freeze peppers:

Steps to Preparing and Freezing Peppers

Step 1: Select fresh peppers with no blemishes or soft spots

Choose freshly harvested peppers either from your vegetable garden or the farmers market. Wash to remove residue, and then let the peppers air dry.

Think about how you will use the peppers and cut them appropriately:

Bell Peppers: Trim out the stems, membranes and seeds of bell peppers. Peel, slice, chop, or dice depending on how you will use them.

I like slicing bell peppers in strips. It makes it easy to grab a handful as needed for fajitas or stir-fries. I also find it useful to have frozen diced peppers on hand for soups, pizza toppings, or other recipes. 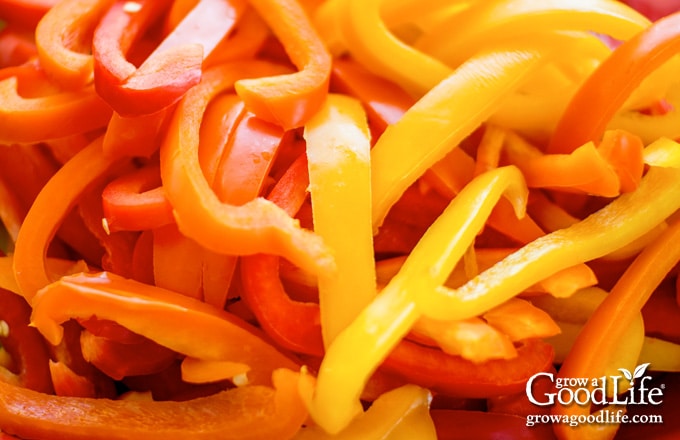 Jalapeño Chiles: I freeze jalapeños, serranos, and other thin skinned chiles whole, but you can also remove the stems, seeds, membrane, and chop into pieces before freezing. Wear gloves when working with hot peppers.

If you love jalapeño poppers, cut the peppers in half and remove the seeds. You can fill them while frozen and pop them into the oven. 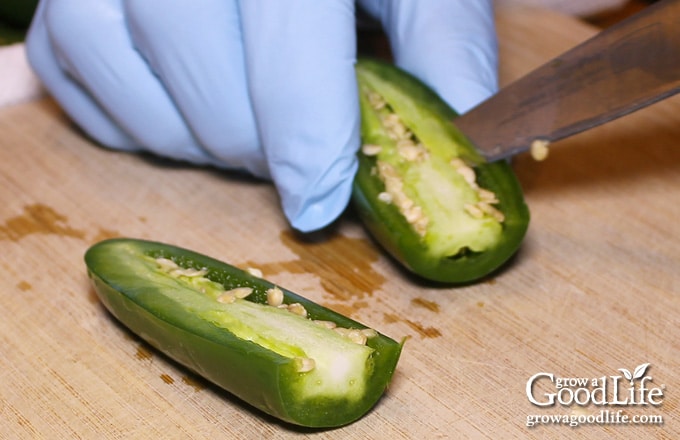 Anaheim Chiles: The skins of the Anaheim and New Mexico type peppers are tough, so I roast, peel off the skins, and seed the peppers before freezing.

To peel, blister the skins by grilling or broiling until the skins crack and separate from the flesh. Remove from the peppers from heat and place in a covered glass bowl to steam.

Once the peppers are cool enough to handle, remove skins, stems, seeds, and membrane. Wear gloves to prevent burning your hands.

Pre-freezing the pepper pieces before placing them into a freezer bag will help prevent them from sticking together. This will make it easier to grab a handful when needed for meals.

Add a sheet of parchment paper to the baking pan to prevent the peppers from sticking to the pan. Spread out the prepared peppers so they are not touching. Place the baking sheets in the freezer until the peppers are solid. 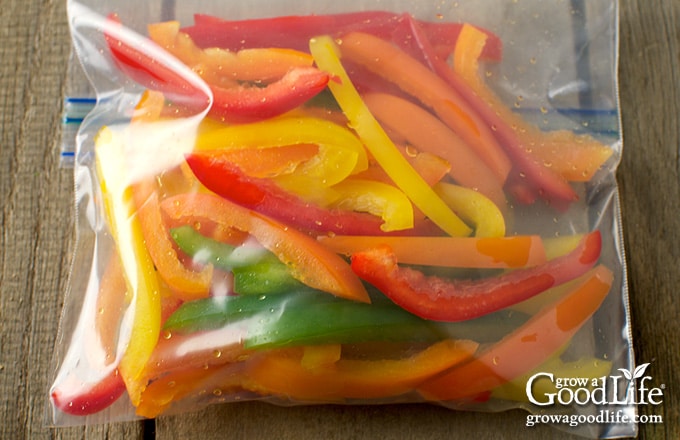 Now you have a freezer full of prepared peppers ready to add quickly to your meals.

This article was originally published on September 1, 2016. It has been updated with additional information and photos. 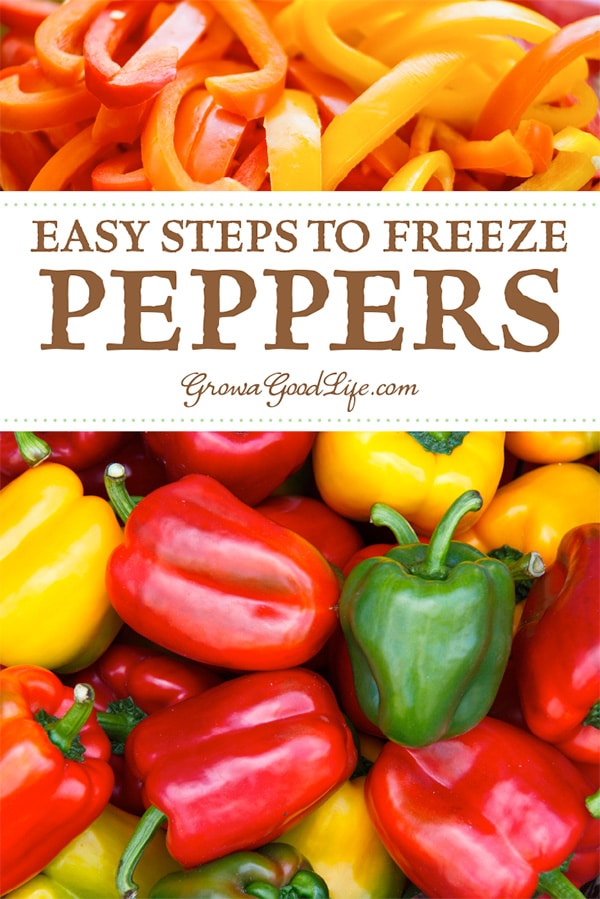